are these the kittens you brought home the other day with the flea issue?....so cute

Yep. They've been treated, same with the rest of the animals in the house.

kittens are cute. I miss having kittens

They'll have their shots soon and be ready to go home. 1 male, 1 female.

haha! my house is FULL! under different circumstances I would

after the vet visit i got a wake up call. I don't think i can handle having more cats

Oh ones a boy? Even better lol

Yea apparently these people aren't familiar with sexing young cats... it was SUPER obvious to me when I saw him playing, I said to Deven that he just didn't LOOK female, so I grabbed him and double checked and sure enough.... Shadow is male, Mau is female.

Shadow is SUCH a sweetheart though, he follows you around (true to his name) and if you're sitting somewhere he'll climb up on your shoulder and sit with you. If you're eating he's a bum though cuz he tries to stick his head in your mouth to see what you have LOL.

Mau is more feisty, she doesn't really like to just sit still and tends to be ALL over the place at any given moment.

Both of them are adorable though, and Honey keeps following them around... Toby stands over top of them.. they're pretty protected LOL 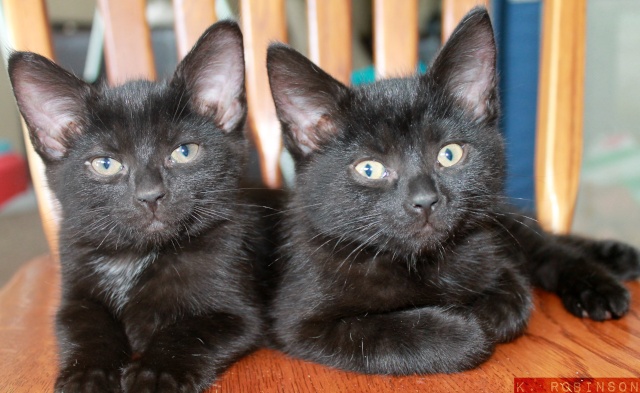 You know you want these 2 handsome bumpkins, come on guys

Oh how cute are they! 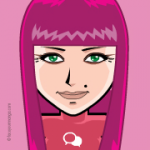 The kittens shots are now up to date. They have been flea treated and de-wormed and will be with me tomorrow at Pet Valu (highbury ave) from 12-3pm for their national adoption event.

Come out and meet them!!