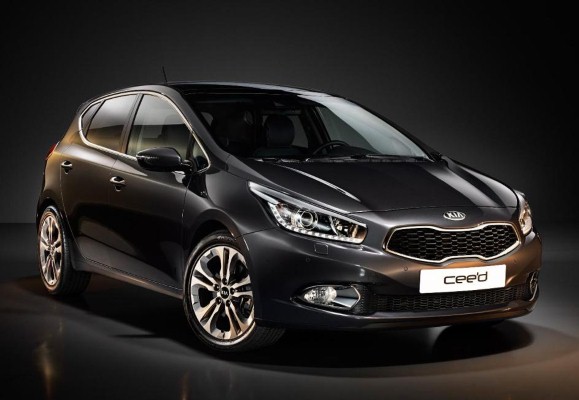 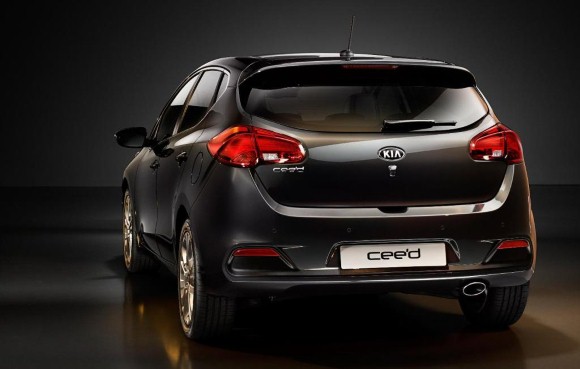 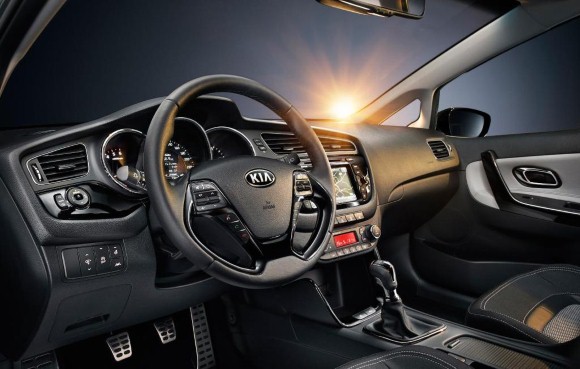 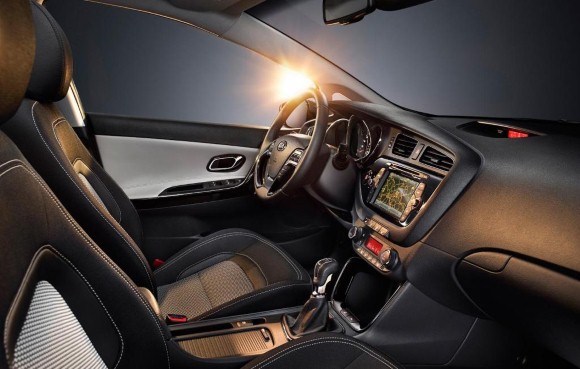 I think it’s fair to say that in many respects the current Kia cee’d has proven its metal; thrashed at the hands of many a ham-fisted celebrity, around the Top Gear test track. And goodness only knows the practise-lap-poundings it’s endured with the scything Stig at the helm.

So, if the all-new cee’d can build on that rugged reliability with some slicker style, modern tech and a little more lap-attacking power, I think Kia could have a bit of a Ford Focus-worrier.

The new cee’d 5-door hatchback – seen here in pleasantly sinister black bodywork - is longer, wider and lower than its predecessor, but with the same wheelbase. Wider and lower is always a good start.

The sculpted and detailed front-end is particularly pretty in these pre-Geneva Motor Show pics, and we’ll look forward to seeing the new cee’d in the metal at the show next month, as there’s always the odd bit of computer-assisted tweaking in these promotional images. And that’s Kia’s “trademark tiger-nose” front grille, don’t you know; flanked by oh-so-fashionable LED driving lights.

There have been upgrades inside too, with Kia working for a more premium look and feel with improved switchgear, touch-screen technology and enhanced driving position ergonomics. There’s said to be plenty of interior soft-touching going on, and we’ll endeavour to confirm that important tactile point, once we’ve had a good poke around inside and out, at Geneva.

Taken photos and description from here

What do you honestly think?

I think they're doing what they can to sell the vehicle.. but honestly...

Well apparently that's the car as we have the estate and what such a smooth ride!

Its pretty but I don't trust the Kia Brand and will not buy one.

armyknightslady wrote:Its pretty but I don't trust the Kia Brand and will not buy one.

(I have no experience with cars)

I've fallen in love with it x

armyknightslady wrote:Its pretty but I don't trust the Kia Brand and will not buy one.

(I have no experience with cars)

My brother in law and sister in law both had Kia's (their dad is a Mechanic) and both of them had a broken head gasket in a fairly new car. Secondly Kia's crunch up like chips at the bottom of a bag when in an accident. Third Kia is the only car I have seen out on the market that the dash is damaged so bad from the sun. My car is ten years old and shows very minor sun damage on the dash board. Multiple Kia's I have seen have BAD sun damage on the dash board.

I know Ya'll aren't American but I do try to buy American cars to support America's economy. I am a Ford girl... I was raised on Ford. I respect the company. Most of my family has worked for Ford a time or two in their lives. Ford was the only American Car company that didn't take government bail out money and managed to save their own rear. I know I drive a Honda but I am hoping my next car is a Ford. We will see what we can afford. We drive an American made Honda and a Jeep now.

We have 2 VW Jettas right now. 1 is leaving soon though.

Just as soon as I can get the safety done, I can make the ownership final and then the silver volksdragon will be gone